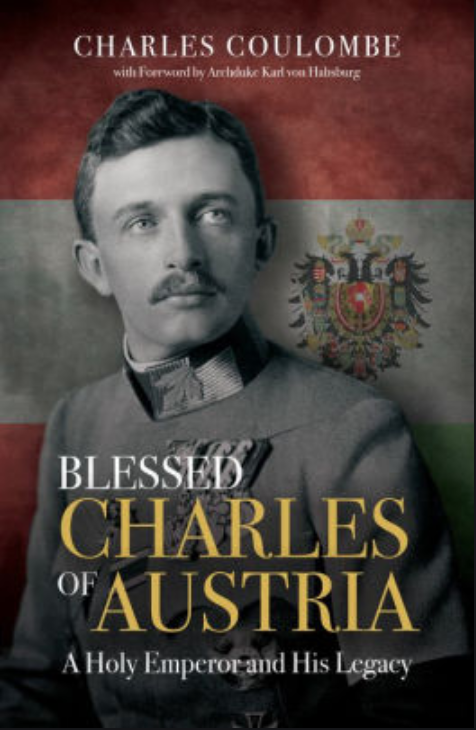 Blessed Charles of Austria: A Holy Emperor and His Legacy

Blessed Charles of Austria: A Holy Emperor and His Legacy

Book Description: October 3, 2004 saw what appeared to many to be a very strange thing: Emperor-King Charles of Austria-Hungary, last Habsburg to rule in Central Europe and wartime foe of the United States, was raised to the altars of the Church as a Blessed by St. John Paul II. But odd as this appeared, the real story of the “Peace Emperor” and his just as remarkable wife reads like a combination of a suspense thriller, Greek tragedy, and hagiography. The inheritor of a tradition of Catholic monarchy dating back to the Roman Empire, Bl. Charles struggled to update it sufficiently to survive in the modern world. A brave soldier coming to the throne during a war whose start he had no part in, he risked everything to bring the bloody conflict to an end. Betrayed on all sides by allies, enemies, and subjects, his deep devotion to the Blessed Sacrament, the Sacred Heart, and the Virgin Mary helped him to avoid hating those who wronged him. Devoted to his wife and children, Charles succeeded, with the help of his loving Empress, in leading a good Catholic family life despite everything. In a life filled with signs and miracles before and after his death, Bl. Charles managed to combine a life of deep piety with intense practicality. After his death, his wife and children continued his work—her cause for beatification is now being considered.

In these pages, prolific Catholic author Charles Coulombe brings to bear his vast erudition, affection for Catholic monarchy, and assorted contacts close to the Hapsburg family, through his residence in Austria in the production of a biography of a man whose thrilling and event-filled life story deserves to be better known.

From his life, we can learn that it is not necessarily the results of the achievements that count, but the will to try to do what is right. And if the rewards don’t come immediately, there is no need to despair, they might come later in heavenly blessings. –From the Foreword by Archduke Karl von Habsburg

In Blessed Charles of Austria: A Holy Emperor and His Legacy, Charles Coulombe nestles the life of this recent ruler within a vast tapestry spanning centuries. He begins by tracing the idea of empire, the ideals of the Catholic monarchy, and how the Habsburg and Bourbon families developed and intertwined. Within, Emperor Charles himself comes alive as Coulombe melds his political history, his loving marriage with Princess Zita, and his deep Catholic faith into a fast-moving thriller. Looking forward, Coulombe concludes by considering the ongoing mission of the Habsburg family, movements to reunite the peoples of the former empire, and the emperor’s Cause for Canonization. I welcome this book which is sure to deepen interest in and devotion to Blessed Charles, one of the most misunderstood and neglected, yet truly great figures of history.  –Suzanne Pearson, Delegate of the Emperor Karl League of Prayer in the United States

About The Author: Charles A. Coulombe is one of North America’s most respected and sought-after commentators on culture, religion, history, and politics. A specialist in the history and government of the Catholic Church, Coulombe’s influence and expertise extend far beyond matters religious. He is a member of the Knights of Peter Claver and is currently studying Theology at the International Theological Institute in Trumau, Austria.