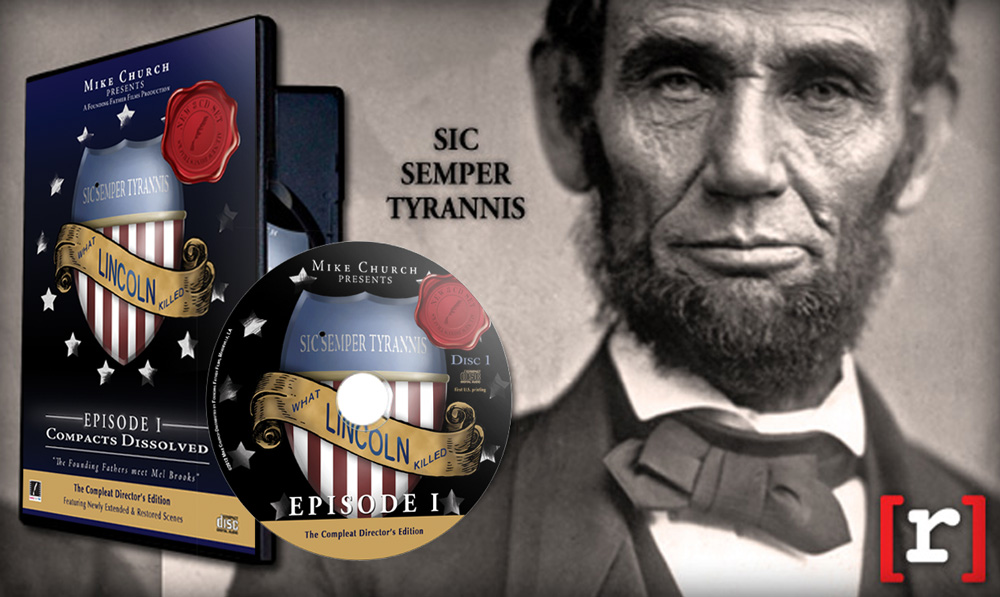 What Lincoln Killed-EPISODE 1 The Founders Plan to Nullify & Secede

What would the Founders do about ObamaCare? Thomas Jefferson & James Madison’s answer is Nullification, while others would say secession. Learn the entertaining history and constitutionality of all 3 in What Lincoln Killed-EPISODE I.

Add this item to My Wishlist
If you purchase this item you'll earn 89 Tradin' Points!
Compare

Mike Church offers a truly unique take on the events surrounding Abraham Lincoln, The Civil War, Secession & A Union Divided. Historically accurate and unlike anything you’ve ever heard before.

The story centers around Thomas Jefferson, James Madison and John Taylor of Caroline’s 1798-99 efforts to restrain the new Federal Government using “nullification” and “interposition”. Often times hilarious but always insightful and provocative “What Lincoln Killed-The Director’s Edition” is a dramtic stroll through American history that is as important to us today as it was to those who LIVED the story in the 1790’s.

What Did Abraham Lincoln Kill?

NEW!!! – The “What Lincoln Killed -EPISODE I – Diretcors Edition” contains over 25 minutes of NEW material including 2 brand new bonus tracks; over 175 restored, remixed and additional audio enhancements; a brand new digitally remixed, and remastered presentation personally conducted by writer/producer/director Mike Church. This product represents the ultimate achievement in audio, documentary presentation and culminates 7 months of tireless efforts to bring the REAL story of what Abraham Lincoln killed in the hearts of his countrymen – The Spirit of ’76.

Here are some reviews from satisfied customers:

blucat (Central Florida) writes: “Mike Church and his band of merry men – along with his daughters – put together another fantastic production in What Lincoln Killed: Episode I. The fact that Lincoln does not even make an appearance was a surprise, though what Lincoln ([spoiler] and Jackson) killed is most certainly revealed through an historically factual dramatization that is entertaining to no end. You will find references from Timothy Pickering to Star Trek, Thomas Jefferson to Child’s Play, nullification to Frankenstein, and John Taylor of Caroline to John Taylor of Duran Duran. A worthy investment to aid in the path toward enlightening yourself and your children on the founders views of an indivisible union and everlasting constitution.”

“By JacobE –  Mike Church has done a wonderful job of producing this audio program. Normally just hearing founding documents being read can be tedious and boring. This audio series is definitely different. It engages the audience and immerses them into the story. Mike has incorporated a realistic drama about his daughters and their school assignments to better help explain these founding documents & Abraham Lincoln. There are many obvious comedic lines in the story, but also quite a few subtle ones. What Lincoln Killed will teach you things never taught at school. It is very informative and enjoyable.”

Synopsis: What if someone told you that the right of American States to secede was preached in 1803 by Northern States!? What if you then learned that it was a Southern-State President who invented the whole “indivisible union” concept that inspired Abraham Lincoln?

It can’t be true! Abraham Lincoln was a hero & is portrayed consistently throughout history in that light.

Well, hold on to your funny bone, pour a mint julep and go for a ride with Mike Church, The Founding Fathers & Abraham Lincoln in the hysterical “docudromedy” “What Lincoln Killed”. Then discover that it’s all true.

When the Church twins (Madison & Reagan) are assigned to do social studies reports “on a country,” their dad (Mike Church) suggests “Louisiana”. “That’s not a country dad, that’s a state” insist the girls but Dad is having none of it saying “a State is the same thing as a country and both are equally free & independent.”

Enlisting the aide of Thomas Jefferson, James Madison and John Taylor of Caroline County, the Church girls are whisked through the first 40 years after ratifying the Constitution and learn that not only is their Dad correct but there’s hardly anyone from that time that would disagree with him.

So what the heck happened!?

Follow these founding fathers on their journey with Mike Church

Read the reviews on amazon 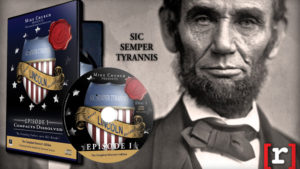