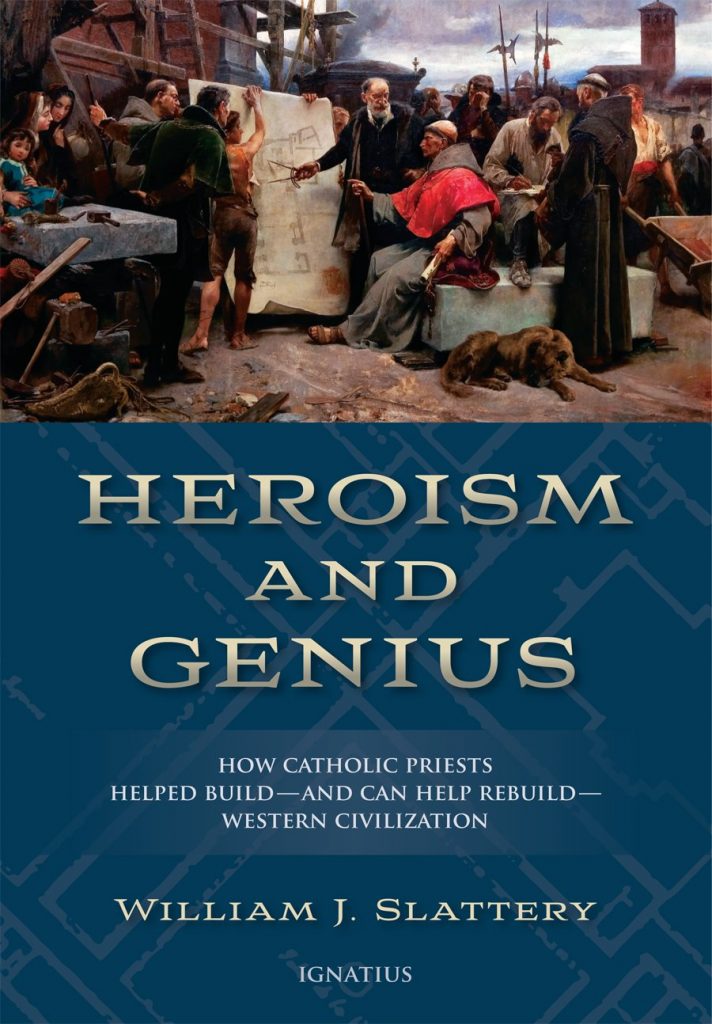 “Every chancellery in Europe, every court in Europe, was ruled by these learned, trained and accomplished men the priesthood of that great and dominant body.”
— President Woodrow Wilson, The New Freedom

With stubborn facts historians have given their verdict: from the cultures of the Jews, Greeks, Romans, Arabs, and Germanic peoples, the Catholic Church built a new and original civilization, embodying within its structures the Christian vision of God and man, time and eternity.

The construction and maintenance of Western civilization, amid attrition and cultural earthquakes, is a saga spread over sixteen hundred years. During this period, Catholic priests, because they numbered so many men of heroism and genius in their ranks, and also due to their leadership positions, became the pioneers and irreplaceable builders of Christian culture and sociopolitical order.

Heroism and Genius presents some of these formidable men: fathers of chivalry and free-enterprise economics; statesmen and defiers of tyrants; composers, educators, and architects of some of the world’s loveliest buildings; and, paradoxically, revolutionary defenders of romantic love.

William J. Slattery, Ph.D., S.T.L., was ordained to the priesthood by Pope John Paul II in St. Peter’s Basilica in 1991. He has given Ignatian retreats in English and French in North America and has written a work on the formation of priests, soon to be published, while residing at the Pontifical North American College in Rome.

“I am happy to recommend Fr. William Slattery’s book . . . [about] the ethos of heroism and genius that inspirited the builders of Christian civilization-and that can inspire the builders of another Christian culture in the future, whether in Africa, Asia, Europe or the Americas.”
— Cardinal Robert Sarah, Author, God or Nothing and The Power of Silence

“This book is the excellent fruit of Fr. Slattery’s years of serious scholarly study of the great men who have made history because they loved the Catholic faith and gave witness to it in every aspect of their lives. His work not only permits us to know them in depth but also inspires us to follow in their footsteps for the transformation of our times.”
— Cardinal Raymond Burke, Author, Hope for the World: To Unite All Things in Christ

“Fr. Slattery’s book is the final blow to the Enlightenment’s version of Western history, in which the Church was nothing but an obstacle to progress. I heartily recommend it.”
— Thomas Woods, Ph.D., New York Times Best-Selling Author, The Politically Incorrect Guide to American History and How the Catholic Church Built Western Civilization

“This extraordinary book is an essential read for anyone desiring to understand where we have come from and where we presently are, what we were saved from and what we are in grave danger of losing.”
— Michael D. O’Brien, Author, Father Elijah: An Apocalypse

“Fr. Slattery’s insightful depictions of the chaos within the collapsing Roman society and the brutality of the invading barbarians highlight the awe-inspiring gifts, generosity, and courage of those priests of Jesus Christ who invented Western civilization. The light of Christ they brought into the darkness of the early Middle Ages became the blazing fire of Christendom, and priests stoked and guided that fire into the modern age.”
— Fr. Mitch Pacwa, S.J., Author and Host, EWTN Live

Heroism and Genius will open windows to unknown vistas of history—and in a delightful way. As one travels through the chapters there is a sensation of climbing a mountain and being exposed to ever vaster panoramas of thrilling landscapes.”
— Cardinal Walter Brandmüller, President Emeritus of the Vatican Committee for Historical Sciences 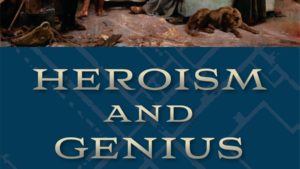 You're viewing: Heroism and Genius – How Catholic Priests Helped Build – and Can Help Rebuild Western Civilization $29.95 $29.95
Add to cart
0