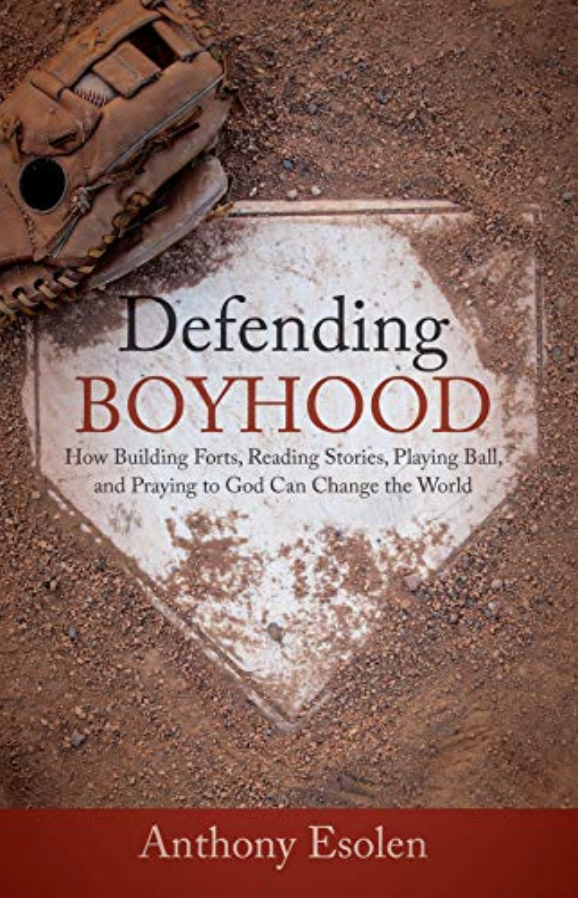 About The Book: Western civilization has no more eloquent defender than Anthony Esolen. He has taken up its mantle and been persecuted for it. No matter the consequences, Esolen knows the vital importance that the principles of western civilization still hold today. If we hope to regain today’s culture, we must remember the truths that have been relegated to yesterday.

Following on his Defending Marriage, Esolen returns, this time in defense of boys and an experience of boyhood that is on the wane, if not extinguished in many quarters of the modern world. He masterfully illuminates the threats our precious sons face from all manner of purveyors and promoters of political correctness, too often hiding in plain sight. And he tackles head-on the misguided and ultimately doomed—though not before it has done much mischief—project of blurring the distinctions between boys and girls.

Drawing on his own all-American boyhood, Esolen, at times wistfully, at times, playfully, and at times prophetically—in the literal sense of employing the thunder of an Old Testament prophet—details what a good boyhood once was and what it can be again.

Here, Esolen shows the parents of boys how raise sons who will:

In Defending Boyhood  Esolen prescribes a return to sanity in an insane world. Enter into the world of boyhood with him and he just might change you and the lives of the boys you love.

About The Author: Anthony Esolen is a professor of English and a writer in residence at Thomas More College in Merrimack, New Hampshire. A senior editor of Touchstone magazine, Professor Esolen is one of western civilization’s staunchest and most prolific defenders, He has published magnificent translations of classic works, cultural commentary such as this book and its predecessor Defending Marriage, as well as titles more whimsical (Angels, Barbarians, and Nincompoops and a lot of other words you thought you knew).