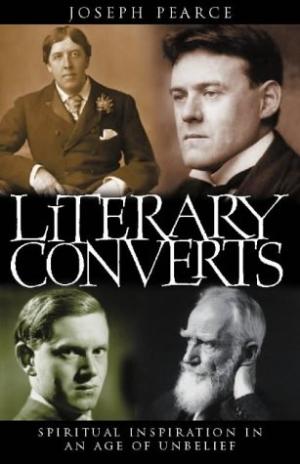 Weekend of Oct 25th SPECIAL: You’ll also receive Episode IX of The Pearcing Truth with Mike Church. “May The Faith Be With You…Always” FREE with this purchase!

1 in stock (can be backordered)

Add this item to My Wishlist
If you purchase this item you'll earn 144 Tradin' Points!
Compare

Literary Converts is a biographical exploration into the spiritual lives of some of the greatest writers in the English language: Oscar Wilde, Evelyn Waugh, C.S. Lewis, Malcolm Muggeridge, Graham Greene, Edith Sitwell, Siegfried Sassoon, Hilaire Belloc, G.K. Chesterton, Dorothy Sayers, T.S. Eliot and J.R.R. Tolkien. The role of George Bernard Shaw and H.G. Wells in intensifying the religious debate despite not being converts themselves is also considered.

Many will be intrigued to know more about what inspired their literary heroes; others will find the association of such names with Christian belief surprising or even controversial. Whatever viewpoint we may have, Literary Converts touches on some of the most important questions of the twentieth century, making it a fascinating read.

“In Literary Converts, Joseph Pearce has scrutinized this roster of converts and found in it such names as Ronald Knox, R.H. Benson, G.K. Chesterton, Christopher Dawson, and many more. Catholic believers will be immensely heartened, and Christians (or others) who are not Catholic, are bound to find the whole thing vastly intriguing, if not positively convincing. Highly recommended.”
Thomas Howard, Author, On Being Catholic

“Literary Converts is an admirable book. It looks at a wide range of novelists, poets, journailsts, essayists and pundits, and surveys their achievements from the point of view of their being Christian converts.”
A.N. Wilson, The Literary Review 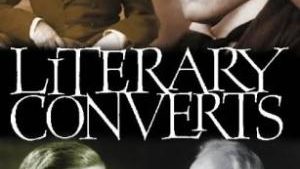