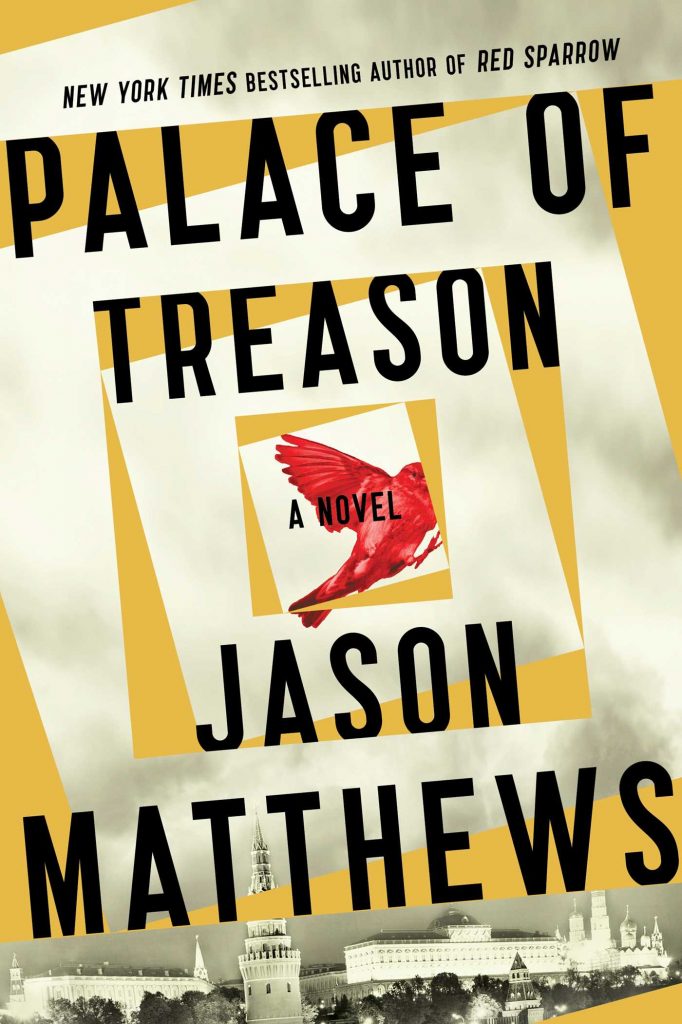 Palace of Treason by Jason Matthews

Add this item to My Wishlist
If you purchase this item you'll earn 79 Tradin' Points!
Compare

Captain Dominika Egorova of the Russian Intelligence Service despises the oligarchs, crooks, and thugs of Putin’s Russia—but what no one knows is that she is also working for the CIA. Her “sparrow” training in the art of sexual espionage further complicates the mortal risks she must take, as does her love for her handler Nate Nash—a shared lust that is as dangerous as treason.

As Dominika expertly dodges exposure, she deals with a murderously psychotic boss, survives an Iranian assassination attempt and attempts to rescue an arrested double agent—and thwart Putin’s threatening flirtations. A grand, wildly entertaining ride through the steel-trap mind of a CIA insider, Palace of Treason is a story “as suspenseful and cinematic as the best spy movies” (The Philadelphia Inquirer)—one that feels fresh and so possible, in fact, that it’s doubtful this novel can ever be published in Russia.

“Not since the good old days of the Cold War has a classic spy thriller like Red Sparrow come along. Jason Matthews is not making it up; he has lived this life and this story, and it shows on every page. High-level espionage, pulse-pounding danger, sex, double agents and double crosses. What more can any reader want?”–Nelson DeMille

“A great and dangerous spy-game is being played today between Russian intelligence and the CIA. Very few people know about it, including many of our politicians in Washington. But Jason Matthews does, and his thrilling Red Sparrow takes us deep inside this treacherous world. He’s an insider’s insider. He knows the secrets. And he is also a masterful story-teller. I loved this book and could not put it down. Neither will you.”–Vince Flynn

“I read till eleven and woke up at five a.m. to finish this book. If it doesn’t supplant The Girl with the Dragon Tattoo as the next mammoth read, ad if it doesn’t take its place alongside le Carre’s The Spy Who Came in from the Cold, the love of literature and jaw-dropping thrills really is dead. I learned more about the former Soviets and the new Russians, and about our US of A, than I ever gleaned from the hardest-working journalists today. Halfway through, I was afraid Vladimir Putin would find out I was reading Red Sparrow and have me arrested. I have not read a more exciting, gripping novel in a long time.”–Doug Stanton “author of Horse Soldiers ”

“All the tradecraft and cat-and-mouse tension of a classic spy thriller– a terrific read.”–Joseph Kanon “author of Istanbul Passage ”

“The world of a spy is unique and claustrophobic, but this bold tale captures its every nuance with expert precision. A tantalizing premise, and a heroine who’s an alpha female, forge a solid piece of entertainment that does not disappoint.”–Steve Berry, New York Times bestselling author of The Patriot Threat

“You too may also conclude that “Red Sparrow” is the best espionage novel you’ve ever read.”–Keith Thomson “Huffington Post on RED SPARROW ”

“Sublime and sophisticated debut…” Red Sparrow” isn’t just a fast-paced thriller — it’s a first-rate novel as noteworthy for its superior style as for its gripping depiction of a secretive world.”–Art Taylor “The Washington Post on RED SPARROW ”

Jason Matthews is a retired officer of the CIA’s Operations Directorate. Over a thirty-three-year career he served in multiple overseas locations and engaged in clandestine collection of national security intelli­gence, specializing in denied-area operations. Matthews conducted recruitment operations against Soviet–East European, East Asian, Middle Eastern, and Caribbean targets. As Chief in various CIA Stations, he collaborated with foreign partners in counterproliferation and counterterrorism operations. He is the author of Red Sparrow, Palace of Treason, and the forthcoming The Kremlin’s Candidate. He lives in Southern California. 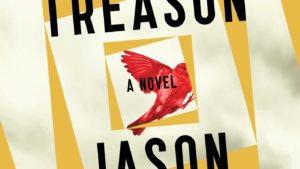