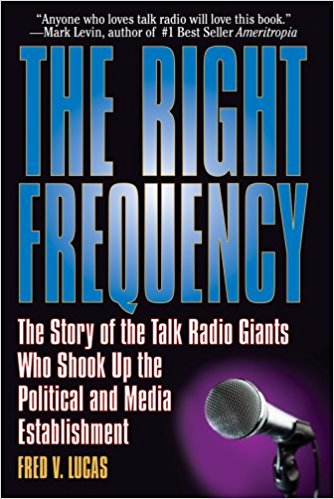 The Right Frequency by Fred Lucas

American politics was transformed from the time a WABC manager told Rush Limbaugh, “You’re kidding yourself if you think we’ll ever carry your national show.” to the day an establishment Republican senator griped “talk radio is running America.” Limbaugh ignited a new generation of talkers such as Sean Hannity and Glenn Beck helping to define the Conservative movement and challenge the elite media. But Rush can’t take all the credit.

From the inception of radio, bombastic personalities have used the airwaves to sway public opinion. The Right Frequency by Fred V. Lucas features interviews with leading conservative talk hosts and industry insiders and explains why talk radio is the only media venue thoroughly dominated by the right.

Readers will learn how recording industry’s “payola scandal’ revived talk radio and how the Kennedy and Johnson administration silenced opposition radio voices. After the demise of the Fairness Doctrine in the 1980s, Limbaugh’s star was born, ringing in an alternative media universe.

“The influence on the political landscape of Limbaugh, Glenn Beck, Sean Hannity and their long line of conservative predecessors is the subject of Lucas s book, which explores the history of talk radio in America. … Lucas leans heavily right in his assessment of commentators throughout radio history whose names H.V. Kaltenborn, Walter Winchell, Father Charles Coughlin, Fulton Lewis, Jr. Billy Hames Hargis, Joe Pyne, Bob Grant — may or may not ring a bell. … Lucas does an excellent job of describing the history and impact of the so-called Fairness Doctrine adopted as part of the 1934 Communications Act; but it was never really a law” but a rule adopted by the Federal Communications Commission (FCC).” —Prairie Fire

Fred Lucas not only delineates the roots of talk radio as a venue for communicating conservative political thought in the 1930s and 40s, he explains how it has become, in the 21st century, the life force for the conservative movement and the voice for conservative ideals on the current political landscape. Anyone who loves talk radio will love this book.” —Mark Levin, Best Selling author, Talk Show Host

“Lucas’ love and knowledge of talk radio is evident and will appeal to any fan of the medium.” —Publishers Weekly

So your burst of sanity from the media world comes from listening to Rush or Sean or Mark or Laura or Glenn or a whole host of others? This is the book that explains the history of talk radio (it goes back further than you think) and explains how it got to be the lifeline to so many millions of Americans. If you re interested in the personalities, the history and the impact of talk radio, Fred Lucas has the story. —The American Spectator 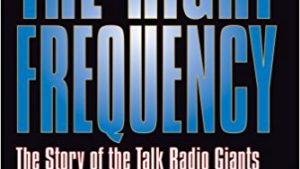