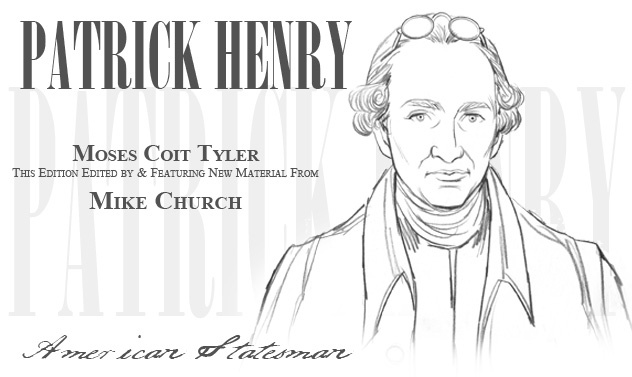 (audiobook edition – This product will be released as it is recorded, in 4 separate parts)

File Types: You can download the hi quality .mp3 files or the more compact .m4b AudioBook files which play in MOST audiobook players.

Who is Patrick Henry?

Most Americans recognize Patrick Henry as “The Orator” who delivered the “give me liberty or give me death” speech which thus delivered the United States a free and independent nation. This view of Henry’s life is rather like believing that George Washington’s signature achievement was chopping down a cherry tree.

Patrick Henry’s public life is an exciting, inspirational and uniquely American story that is unfortunately nearly unknown, until now. Patrick Henry-American Statesman takes you on a biographical thrill ride through the revolutionary formation of the State of Virginia and the United States. Henry’s closeness to Washington, both John and Samuel Adams and his rocky friendship with Thomas Jefferson are all revealed.

In Patrick Henry-American Statesman, readers will be fascinated to learn:

* Henry attended & was instrumental in calling the 1st Continental Congress

* His warnings over ratifying the Constitution have all come to pass

criticism of the Constitution

* There is but one portrait of Henry taken from life. The most popular Henry painting is of Capt. Cook!

Patrick Henry-American Statesman is not a history book, it is an exciting biography of the second greatest American who ever lived.

This edition is the first modern release of this classic work and features 1 new chapter from editor Mike Church, “Henry in Art”. This edition also includes illustrations and was reformatted using modern publishing techniques. 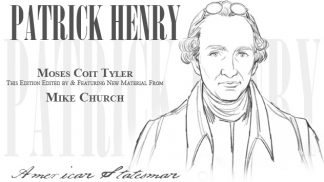