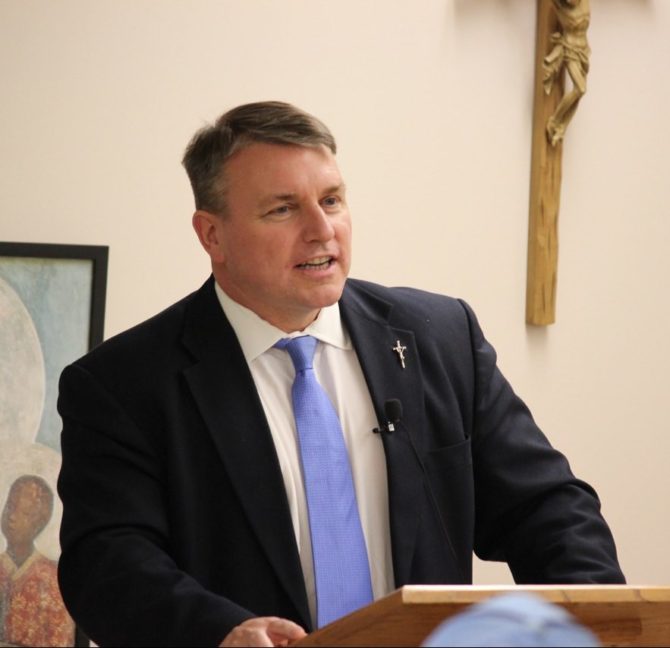 Add this item to My Wishlist
If you purchase this item you'll earn 499 Tradin' Points!
Compare

The Anointed Imagination Conference – Literature and the Light of Christ

A Conference about creativity and Christian Faith featuring Joseph Pearce, KV Turley, the one and only Sir Charles Coulombe and a closing talk by Mike Church “Imagining a world that has returned to vocations”! Your one-price, complete audio recording series will feature ALL the talks listed below including TEN lectures by Joseph Pearce that Chavagnes Academy bills as “An introduction to a Masters Degree!”

Purchase The Anointed Imagination Conference, Early Bird Special, prior to the conference start and you’ll get access to the all the talks when they are delivered LIVE! on the Crusade Channel AND then afterward, you’ll receive the  entire, FIVE DAY, 20 plus lecture production as a digital download, all for just $50.00!!

This year’s summer The Anointed Imagination Conference is built around a course of ten 90-minute lectures from Joseph Pearce, the internationally acclaimed literary scholar, tracing the development of literature from the ancient world to the present day. An added attraction this year is a special excursion to visit the castle at Angers.

Lecture One – The Muses and the Talents: Christian Theology and the Literary Imagination

9.30: Welcome session, with opening remarks from Father Mark Lawler, Ferdi McDermott, and other members of the speakers’ panel. To include a presentation of the Chavagnes Studium.

10.00: The Muses and the Talents: Christian Theology and the Literary Imagination,
Joseph Pearce

12.00: All is not quiet on the western front: culture wars and their casualties in the modern world,
Dr David Daintree, Director, Christopher Dawson Centre for Cultural Studies, Tasmania.

10.30: The Apocalypse and its representation in Christian Art, Professor Anthony O’Hear

14.00-18.00: Lecture and Seminar: Living and working as a Christian writer , with Fiorella Fiorella de Maria and K.V. Turley

16.00: “Imagining a world that has returned to vocations”, Mike Church

17.00 : Musical pilgrimage around Chavagnes: we will go to the chapel of the Ursulines of Jesus, to pay our respects at the tomb of the Venerable Louis Marie Baudouin and hear the Loret/Debierre/Bouvet organ (1863, 1901, 1953, 1960) there, then a short visit to the parish church with another mini-concert of baroque music on its German Baroque-style organ, built by Gérard Guuillemin in 1989, then finally a prayer in our own chapel and a sample of French romantic music on our own Louis Debierre organ from 1879. (Organists : Louis Marie Boissinot aand Dominique de Bréhende). 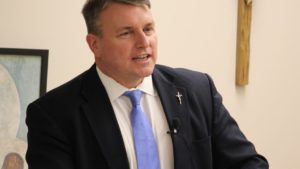 You're viewing: The Anointed Imagination Conference – Literature and the Light of Christ Conference Featuring Joseph Pearce and Mike Church $99.95 $99.95
Add to cart
0