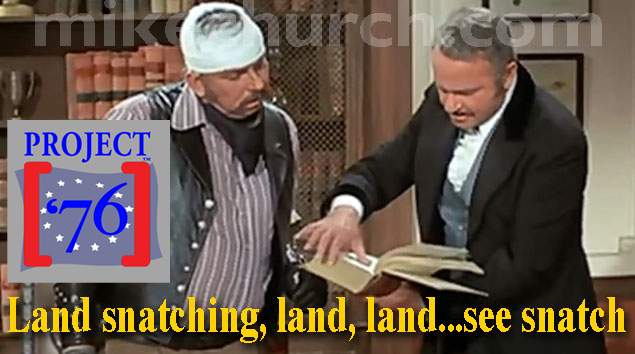 How Congress Snatched The Power To Own Lands-Project 76

The audio edition is an entertaining ride through the history of the Confederation, the Constitution’s ratification and the early days of land policy of the American West.

Add this item to My Wishlist
If you purchase this item you'll earn 29 Tradin' Points!
Compare

Mandeville, LA – The audio edition is an entertaining ride through the history of the Confederation, the Constitution’s ratification and the early days of land policy of the American West.

The essay this Project ’76 Webisode is based on begins:

You have to hand it to Senate Majority Leader Harry Reid (D-NV). His soft-spoken demeanor and reputation for decorum continue to survive his ad-hominem vitriol like the following 1, said about rancher, constituent and grandfather Cliven Bundy and friends. “They’re nothing more than domestic terrorists.” In case you didn’t hear that bromide the first time, Reid doubled down. “I repeat: what happened there was domestic terrorism.” Even the land dealers looking on from the BLM Hold ‘Em table looked shocked but Reid remained unapologetic 2. It is hard to believe all this has erupted over disputed desert “grazing” lands that makes the Sahara Desert look fertile. Bundy claims he has legal precedent, tradition and the Constitution on his side.

The BLM with lead singer Reid as their frontman claims the edict of a federal judge is clear and final: the land belongs to Uncle Sam and Bundy needs to pay his “federal grazing fees”, in arrears since 1993, or move his cattle elsewhere. An analysis of the situation will reveal that Bundy is more correct than not and bring into question just why the Federal Leviathan owns any land to start with. Was that the Founding Fathers’ idea or, like most federal acts of aggression, the work of post-Lincoln “industrialists”? 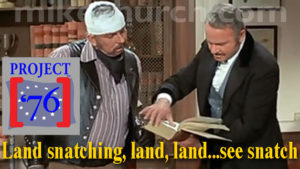