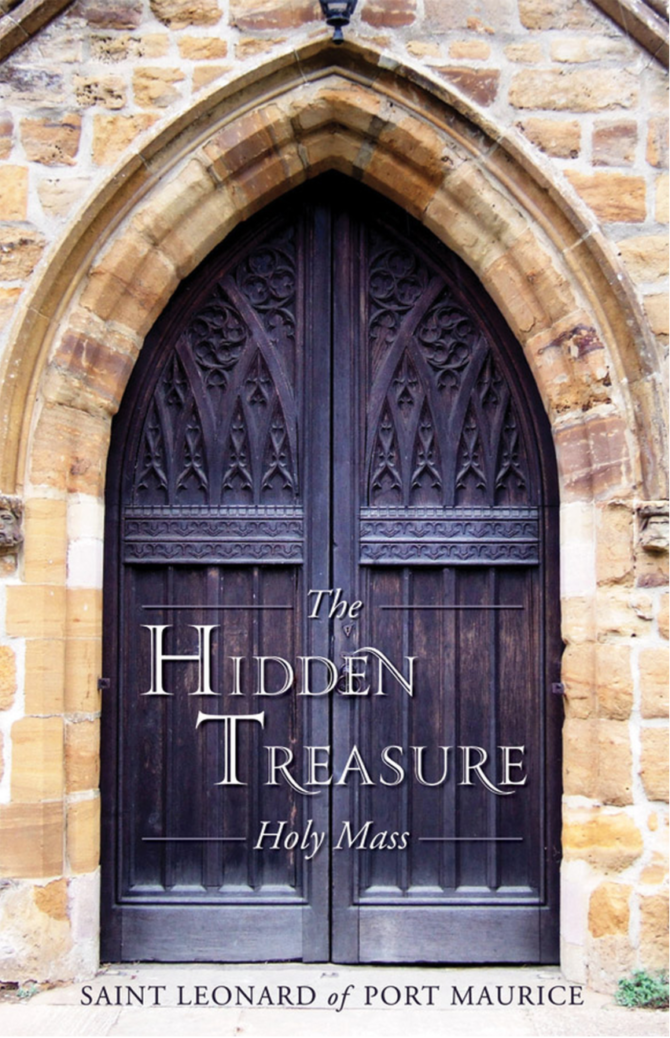 Add this item to My Wishlist
If you purchase this item you'll earn 69 Tradin' Points!
Compare

by St. Leonard of Port Maurice

Book Description: This book describes the great spiritual power of the Mass, how it holds back the wrath of God, its wonderful eternal and temporal benefits, and several excellent ways to pray at Mass. Hidden Treasure is the prototype book on the Mass for all other books on the same subject; others basically repeat what this small book contains.

About The Author: St. Leonard of Port Maurice was born in 1676 near Genoa, Italy. While at the famous Roman College of St. Aloysius, he became known  for  his extraordinary piety, diligence, and good deeds. He subsequently became aware of his vocation to the priesthood at the Roman convent of St. Bonaventure, and became a Franciscan in 1697. Additionally, he possessed an intense love for Christ and His Mother, the Immaculate Conception, penance, and humility. The Hidden Treasure: Holy Mass was published in the nineteenth century with the Nihil Obstat and Imprimatur. St. Leonard died at Rome on the twenty-sixth of November, 1751. He was canonized by Pope Pius IX in 1867.