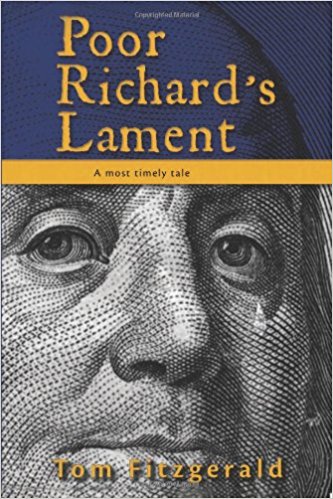 Fiction. From the West Wing of the White House to the “Celestial Trial” of Ben Franklin, to the slums of Philadelphia, POOR RICHARD’S LAMENT takes us on a whirlwind tour of time and space. Ben’s odyssey begins at his birth site in Boston, passes through New York, and ends, with wrenching poignancy, at his grave site in Philadelphia. Following in the traditions of Charles Dickens’s A Christmas Carol, Capra’s It’s a Wonderful Life, with intimations of Dante’s Divine Comedy, “POOR RICHARD’S LAMENT, nine years in the making, is an intricately woven, ultimately uplifting tale of revelations and redemption.

TOM FITZGERALD led a Huckleberry Finn childhood on the St. Lawrence River before undertaking formal studies in physics, mathematics, law, industrial management, and English. He has served as a door-to-door salesman of home-study courses, a vocational counselor for adults and children with developmental disabilities, a stockbroker, the assistant to the president of a large health-care corporation, a lobbyist, a technical writer, and a corporate manager. In the latter two capacities, his employers have included AT&T Bell Laboratories, Lucent Technologies, NEC, IBM/Lotus Development, and Pfizer Pharmaceuticals.

Tom served as a Navy UDT/SEAL during the Vietnam era, and has swum several long distances, including across the eastern end of Lake Ontario, a distance greater than the English Channel. Once also an avid runner, Tom ran the Boston Marathon three times before a fall on black ice abruptly ended a life-long addiction to endorphins. He and his wife of 44 years, a marriage and family therapist, have three grown sons and three grandsons. They live in New England.

One of the most insightful looks at the full depth of Franklin available. Do not muss it! – Ralph Archbold (“Ben Franklin”)

An astonishing feat of imagination. Fitzgerald uses superb prose to reveal the character and soul of Ben Franklin in ways nonfiction never could. – Lewis Treistman, MSW 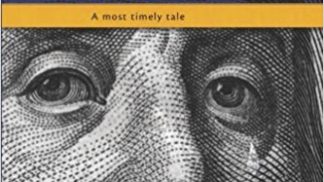