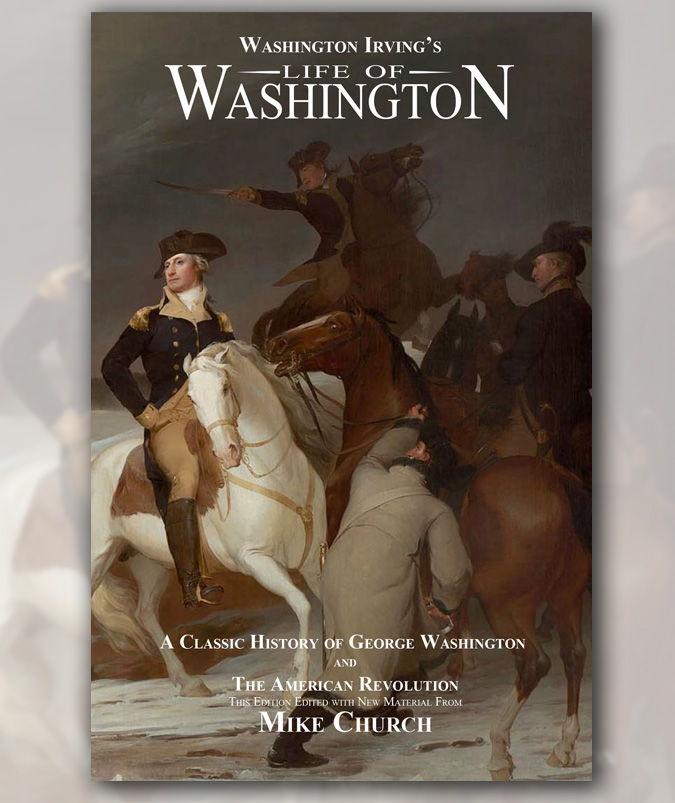 Add this item to My Wishlist
If you purchase this item you'll earn 224 Tradin' Points!
Compare

Modern readers are going to become acquainted with a thrilling portrait of George Washington that has been largely lost to the mists of time. Now, for the first time, this magnificent work has been fully digitized, corrected and reformatted for modern readers by Mike Church and Founding Father Films Publishing.

“Mr. Irving, as usual, had been a good deal depressed about Life of Washington, and had avoided looking over it since its publication; but the following cordial letter from Bancroft helped to put him more in conceit of it, and made him hope that [the book] would not be the death of him, as he sometimes used to say he feared it would.” – 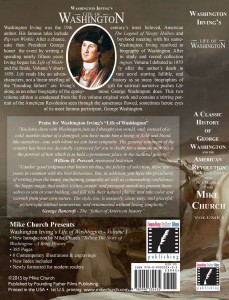 Washington Irving was the 19th century’s most beloved, American author. His famous tales include the Legend of Sleepy Hollow and Rip van Winkle.  After a chance, boyhood meeting with his namesake then President George Washington, Irving resolved to honor the homage by writing a biography of Washington.  After spending nearly fifteen years in study and record collection Irving began his Life of Washington. Volume I debuted in 1853 and the finale, Volume V shortly after the author’s death in 1858. Life reads like an adventure novel starring fallible, real characters, not a linear retelling of history as so many biographies of “founding fathers” do. Irving’s gift for satirical narrative pushes Life along as no other biography of the eponymous George Washington does. This two volume edition is condensed from the 5 volume original work and contains a stirring portrait of the American Revolution seen through the sometimes flawed sometimes heroic eyes of its most famous participant, George Washington.

The author of Rip van Winkle and The Legend of Sleepy Hollow should need no introduction. FOX TV is in the 3rd season of a TV version of Sleepy Hollow and Irving’s other books still sell well. Still, few admirers of the founding fathers are aware the Irving’s crowning literary achievement was the 5 volume biography of his namesake George Washington. Irving approached his project after putting it off for nearly 30 years while traveling and writing internationally.

In 1841 when he arrived back to his beloved home of Sunnyside NY, Irving set to work gathering materials for the task and was not content to write of Washington’s amazing, 1776 retreats across nearby Long Island, Manhattan, White Plains and New Jersey’s Palisades until he had surveyed the sites, personally. He spent month after month at the State Department building in Washington D.C., pouring over all the available correspondence of his subject. This after he had made a pilgrimage to Washington’s ancestral home of Sulgrave Manor, England. This is the kind of detail and inspiration a storyteller seeks in biographies while a historian would be content with the literary and rhetorical record of his subject.

The results of this effort and Irving’s skill in crafting the story were immediate. The famous 19th century historian George Bancroft could not contain his praise for Irving’s Life. “[Y]ou have the peculiarity of writing from the heart, enchaining sympathy as well as commanding confidence; the happy magic that makes scenes, events, and personal anecdotes present themselves to you at your bidding.”

Modern readers are going to become acquainted with a thrilling portrait of George Washington that has been largely lost to the mists of time. Now, for the first time, this magnificent work has been fully digitized, corrected and reformatted for modern readers by Mike Church and Founding Father Films Publishing. 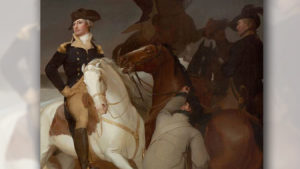