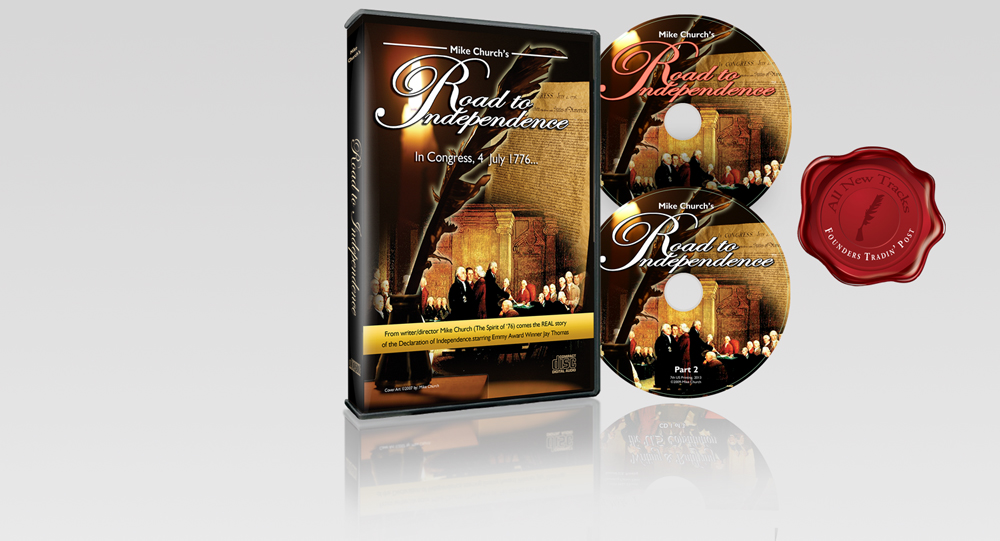 The Road to Independence.

The true story of the writing of the Declaration of Independence as told by narrator and SiriusXM radio star Mike Church.

Mandeville, LA – (from this feature’s original release in May, 2008) It has taken 9 months to remix, add deleted scenes, re-cut some lines, compose new original music and add over 100 new special sound effects and we think it was worth the wait.

VA Patriot George Mason explains his “Declaration of Rights” which sound an awful lot like Jefferson’s, but Mason wrote first

Finally, the entire story of the drafting of the Declaration of Independence can be told, in the glorious manner that we started out to tell it in. Re-mixed and beautifully mastered, the events of 1776 will sound as though you are living them in your home car or Independence Day Celebration.

The Road to Independence features a star turn from Emmy Award winning actor Jay Thomas as John Adams. The Original Soundtrack is inspiring and Patriotic and the sounds of the Battle of Bunker Hill will make you duck for cover.

Never before has such a painstakingly researched re-enactment of America’s founding been undertaken and the results are breathtaking. From Independence Hall to Mount Vernon to the Connecticut Legislature to Williamsburg Raleigh Tavern the Road To Independence takes you back to the proclamation of Self Evident Truths and assertions of Independence with an Unapologetic, Admiring and Romantic commentary.

Come take a journey with our Founding Fathers and rediscover the Birthright of limited self government we all inherit.

The digital download contains Disc 1, Disc 2 of the Road to Independence Feature. Commerical and interruption Free. 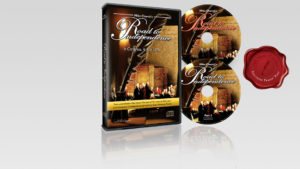 You're viewing: The Road to Independence Audio Digital Download $9.95 $9.95
Add to cart