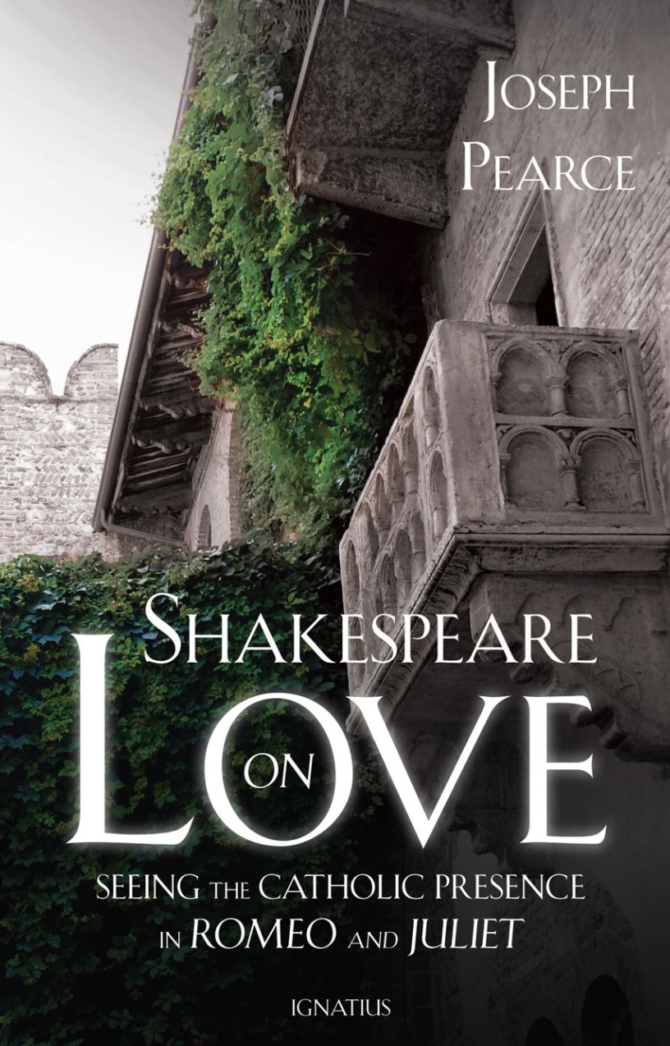 Shakespeare on Love: Seeing the Catholic Presence in Romeo and Juliet

Shakespeare on Love: Seeing the Catholic Presence in Romeo and Juliet

Book Description – Having given the evidence for William Shakespeare’s Catholicism in two previous books, literary biographer Joseph Pearce turns his attention in this work to the Bard’s most famous play, Romeo and Juliet. Star-crossed Romeo and Juliet are Shakespeare’s most famous lovers and perhaps the most well-known lovers in literary history. Though the young pair has been held up as a romantic ideal, the play is a tragedy, ending in death. What then, asks Pearce, is Shakespeare saying about his protagonists? Are they the hapless victims of fate, or are they partly to blame for their deaths? Is their love the real thing, or is it self-indulgent passion? And what about the adults in their lives? Did they give the young people the example and guidance that they needed? The Catholic understanding of sexual desire, and its need to be ruled by reason, is on display in Romeo and Juliet, argues Pearce. The play is not a paean to romance but a cautionary tale about the naivete and folly of youthful infatuation and the disastrous consequences of poor parenting. The well-known characters and their oft-quoted lines are rich in symbolic meaning that points us in the direction of the age-old wisdom of the Church. Although such a reading of Romeo and Juliet is countercultural in an age that glorifies the heedless and headless heart of young love, Pearce makes his case through a meticulous engagement with Shakespeare and his age and with the text of the play itself.

You're viewing: Shakespeare on Love: Seeing the Catholic Presence in Romeo and Juliet $20.95 $20.95
Add to cart