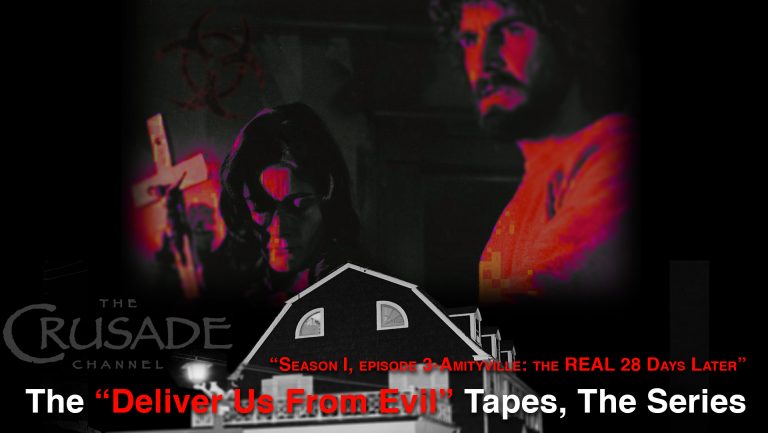 The Deliver Us From Evil Tapes -S1 E3 Amityville: The REAL 28 days Later

Add this item to My Wishlist
If you purchase this item you'll earn 24 Tradin' Points!
Compare

Mandeville, LA – Ralph Sarchie & Mike Church are back, with the biggest and best Deliver Us From Evil Tapes episode yet! Amityville: The REAL 28 Days Later. This episode has been delayed because of Mike’s hectic Fall travel schedule and the fact that telling the story correctly took 4 times the amount of research and production time than the previous episodes but it was worth the wait! The story picks up as the family of George and Kathy Lutz are preparing to move into the house previously owned by the DeFeo’s. The move-in day is when the action begins and you’ll hear what horrifying things actually happened from the Lutz’s themselves.

This episode is also loaded with rare media clips that have not been a part of any previous telling of the story. And of course there is Ralph Sarchie’s keen insight and knowledge of demonology that separates this feature from all the rest you’ve ever heard.

• The real reason the Lutz’s bought the “High Hopes” house.

• Proof exonerating George Lutz from the charge of being a “Satanist”.

• Physical evidence of the demonic pig “Jodie” which threatened to kill little Missy Lutz, and terrified George and Kathy.

• Physical evidence that connects the DeFeo murders and the haunting the Lutz family suffered.

• Horrifying evidence that Kathy Lutz was tormented in her dreams by a demonic force.

• The identity of the priest who blessed the house and why his identity was protected when the movie came out.

• And the biggest revelation of all: What events actually drove the demonic forces to attack the Lutz’s.

• The Lutz family shared the DeFeo family’s fear of The House and sought the help of the Catholic Church to remove it! 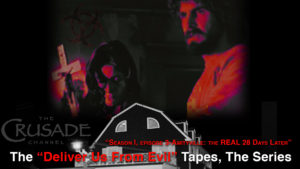