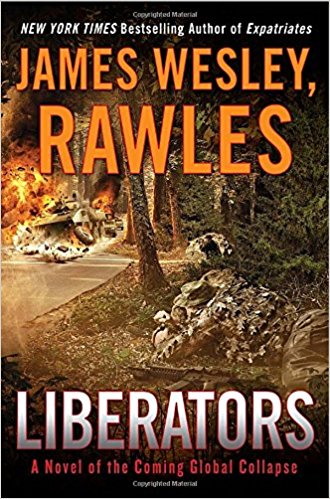 Liberators: A Novel of the Coming Global Collapse

Liberators: A Novel of the Coming Global Collapse

Western civilization has collapsed—and a tyrannical army is rising from the ruins! As looting and rioting worsen, Ray McGregor takes refuge at his parents’ cattle ranch in British Columbia. His friend Phil—a DIA counterintelligence officer—-joins him. But will their united efforts prove strong enough to resist occupiers who will ultimately determine the fate of the country?

James Wesley, Rawles is a internationally recognized authority on family disaster preparedness and survivalism. He has been described by journalists as the “conscience of survivalism.” Formerly a U.S. Army intelligence officer, Rawles is now a fiction and nonfiction author, as well as a rancher. His books have been translated into seven languages. He is also a lecturer and the founder and Senior Editor of http://www.SurvivalBlog.com, the Internet’s first blogs on preparedness that has enjoyed perennial popularity and now receives more than 320,000 unique visits per week. He and his family live at a remote self-sufficient ranch surrounded by National Forest lands that is is cryptically identified as located “somewhere west of the Rockies.

I was disappointed with this book. It started off extremely slow and was more of a love story than a story of survival. I have read and liked all of the other Rawles books , this one not as much. This story didn’t have as much usefull knowledge as the previous books unless you’re an intelligence analyst. This book barely kept me interested – Dan Cate

I liked the previous books in this series better. this one had too much military weapon technology details for my likes. good character development but the story line veered off at the end introducing characters we only heard about at the beginning and into a divergent plot line that tried to tie up loose ends with characters who carried most of the book. but all in all, I liked the book. – Kathleeen B. 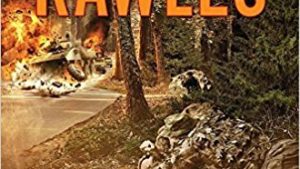