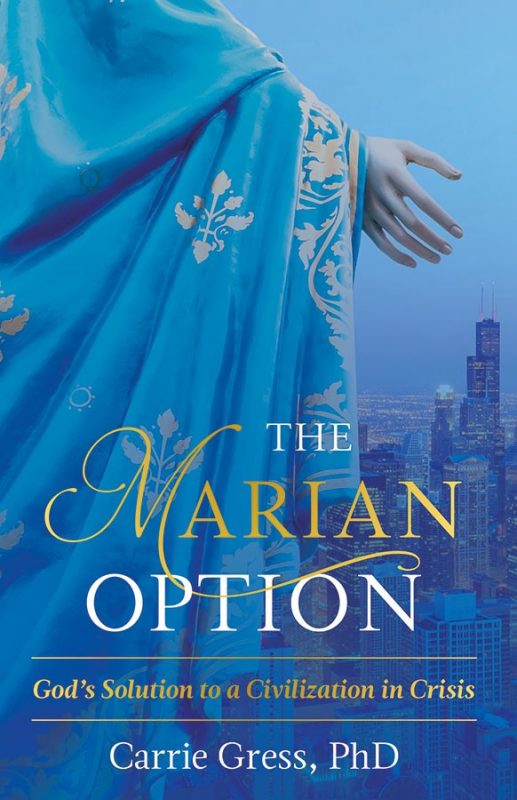 The Marian Option – God’s Solution to a Civilization in Crisis

4 in stock (can be backordered)

Add this item to My Wishlist
If you purchase this item you'll earn 159 Tradin' Points!
Compare

The Marian Option: God’s Solution to a Civilization in Crisis

(As with all books in the Founders Tradin’ Post, this book is autographed by the author.)

Book Description: “How can we save civilization?” is the question many people worry about today.

As the world descends into chaos, Christians are thinking deeply about how to stem the tide. Many options and suggestions have been presented to deal with Christian persecution and cultural decadence, but none can hold a candle to The Marian Option.

Dr. Carrie Gress provides a thoroughly researched bird’s eye view of the significant cultural and military events mediated through Mary on behalf of her spiritual children. From miraculous victories to the soaring heights of culture, you have never seen Mary like this before.

Until now, books on the Virgin Mary have generally focused upon one apparition or various theological elements of this mysterious woman. But the scope of The Marian Option is far greater. Drawing from a vast array of dogmas, Vatican approved apparitions, and writings of the saints, Dr. Gress has pulled together the remarkable story of Mary’s overwhelming influence and intercession.

Using history, sound theology, and a detective’s eye, Gress brings to light the fascinating details of Mary’s role in major geopolitical shifts. The reader will see how instrumental the Mother of God was in:

Igniting the largest mass conversion to Catholicism in history. (see Mike Church Show #MAGA Doesn’t Need A Wall It Needs Veneration of Our Lady of Guadalupe)

Stomping out heresies and false teachings from the Church

Beyond the battlefield, The Marian Option also highlights the link between Marian devotion and high culture, showing how creativity and the arts—painting, sculpture, architecture, music, and literature—all flourish when devotion to her is strong.

This enthralling chronicle of Mary’s intercession makes clear that Christ’s mother is indeed the most powerful woman in the world, and the answer for how we can save the world and bring us back into her Son’s heart. Not only is she keenly interested in assisting Christians, she has the ability to do so, even in the face of the gravest odds. We just have to ask.

The Marian Option will leave you with a new perspective on the Blessed Mother and a renewed hope in the future of the Church and the world.

Carrie Gress has a PhD from the Catholic University of America and is a faculty member at Pontifex University. Her work has appeared at Aleteia, Catholic Vote, Catholic World Report, The National Catholic Register, New Advent, Real Clear Religion, Reddit, Zenit, EWTN Radio, Relevant Radio, BBC and CBC television. She has lived and worked professionally in Wash-ington, DC and Rome, Italy, and her work has been translated into seven languages. Dr. Gress is the author of Nudging Conversions: A Practical Guide to Bringing Those You Love Back to the Church, Ultimate Makeover: The Transforming Power of Motherhood, and co-author with George Weigel of City of Saints: A Pilgrim’s Guide to John Paul II’s Krakow. A mother of four, she and her family live in Virginia. 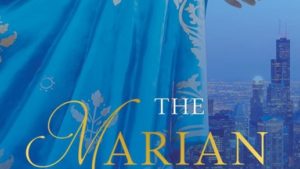