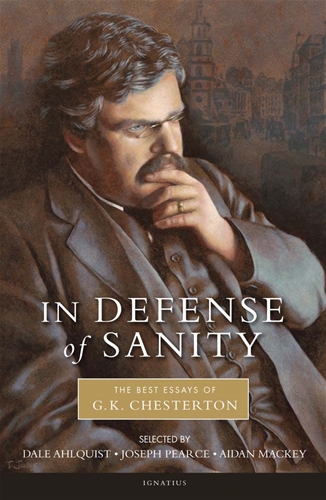 In Defense of Sanity – The Best Essays of G.K. Chesterton

Add this item to My Wishlist
If you purchase this item you'll earn 99 Tradin' Points!
Compare
Category: Books

G.K. Chesterton was a master essayist. But reading his essays is not just an exercise in studying a literary form at its finest, it is an encounter with timeless truths that jump off the page as fresh and powerful as the day they were written.

The only problem with Chesterton’s essays is that there are too many of them. Over five thousand! For most GKC readers it is not even possible to know where to start or how to begin to approach them.

So three of the world’s leading authorities on Chesterton – Dale Ahlquist, Joseph Pearce, Aidan Mackey – have joined together to select the “best” Chesterton essays, a collection that will be appreciated by both the newcomer and the seasoned student of this great 20th century man of letters.

The variety of topics are astounding: barbarians, architects, mystics, ghosts, fireworks, rain, juries, gargoyles and much more. Plus a look at Shakespeare, Dickens, Jane Austen, George MacDonald, T.S. Eliot, and the Bible. All in that inimitable, formidable but always quotable style of GKC. Even more astounding than the variety is the continuity of Chesterton’s thought that ties everything together. A veritable feast for the mind and heart.

While some of the essays in this volume may be familiar, many of them are collected here for the first time, making their first appearance in over a century.

G. K. Chesterton was one of the most beloved and prolific authors of the twentieth century. He wrote dozens of popular books on a variety of topics and thousands of essays. His works include Orthodoxy, The Everlasting Man, The Man Who Was Thursday, and the Father Brown mystery stories. 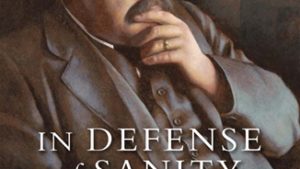